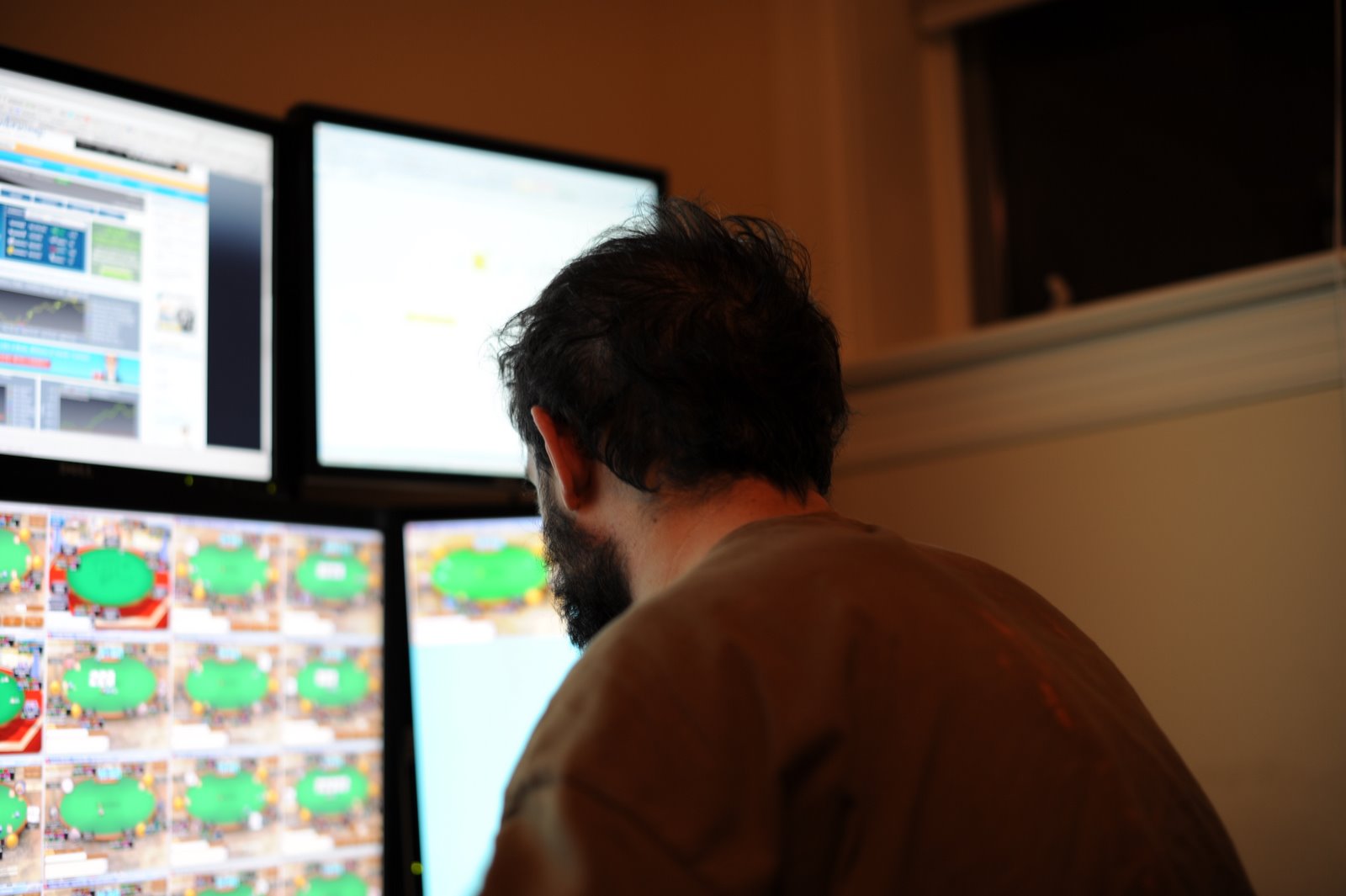 Welcome to the AI Poker Tutorial written by Max Chiswick!

I started playing poker, including lots of weird variant games like Black Mariah and Star Wars and Bingo and Guts, during junior high school with friends. Poker was booming in the early 2000s as I turned 18, so this was perfect timing for myself and a bunch of friends to be able to play online. I remember playing Party Poker Sit ‘n Go’s after school all the time and not really knowing what I was doing, but most other people knowing even less about how to play. The way that games like poker teach you to think (e.g. not being results oriented and controlling your tilt and thinking carefully about the value of making decisions) is very interesting to me as well.

I felt like I had some intuition for poker from playing frequently with friends, even though we rarely played actual standard poker games like Texas Hold’em. As I learned about multitabling and playing lots of hands, this got me more interested in online poker, where I’d sometimes play up to even 24 games at once (not a recipe for becoming a world class player, but good for earning frequent player points, and also probably good for dulling emotions because if you get mad after every time you get outdrawn on 24 tables you will be a very angry person).

I started playing seriously after college in 2008 until 2013. I played almost entirely mid-stakes No Limit Texas Hold’em cash games, mostly on PokerStars, including playing 3 million cash game hands in 2009 and about 10 million hands overall.

In December 2009, I played 990k hands, which I believe to be the most ever played in a month by anybody at stakes higher than micro-stakes (lowest stakes played were $1-2 NLHE).

Then I studied AI poker for my master’s degree, with a thesis on applying techniques for abstracting large games to small games to make them solvable. I learned a lot about game theory and and found the topic to be fascinating, but did not build any AI poker agents.

I view this tutorial as a culmination of the nearly 10 years that elapsed from when I started playing seriously to when I finished the thesis. Although many are better at poker and many better at game theory, I hope to bring unique insights to AI poker through this tutorial.