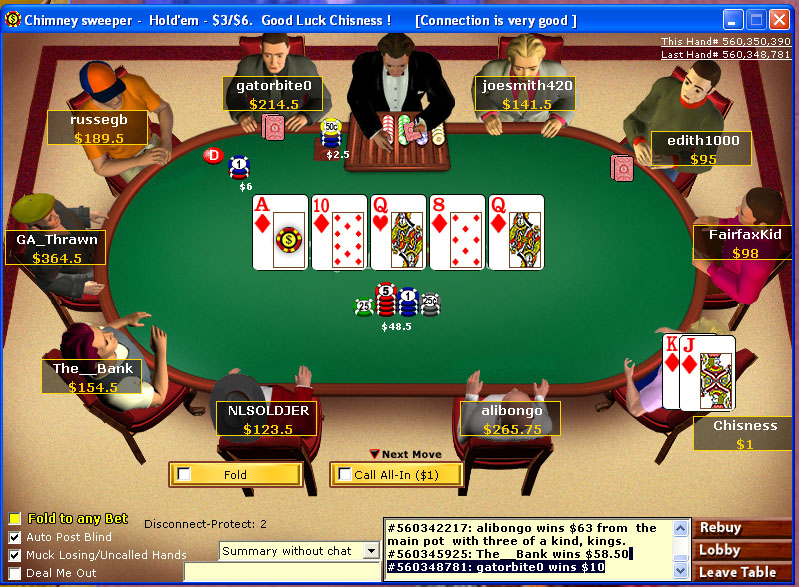 This tutorial is primarily targeted at people with a combined interest in math, coding, and poker who are interested in learning about AI through the lens of poker (and games in general). A background in poker is not assumed – I try to explain all of the terms and primarily use toy poker games with pretty basic rules. Coding is done primarily in Python except for some older code that was done in Java and MATLAB. Math is mostly at around the algebra level.

This tutorial is split into 6 sections:

I hope to extend the tutorial with videos and more interactive content in the future. Some other ideas that I’ve had: